Not so Fun Facts

Cigarette smoking is on the decline.  However, teens are still participating in this deadly habit: 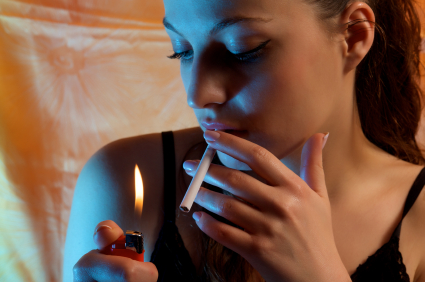 How Is Tobacco Used?

Tobacco can be smoked in cigarettes, cigars, or pipes. It can be chewed or, if powdered, sniffed. “Bidis” are an alternative cigarette. They come originally from India and are hand-rolled. In the U.S., bidis became popular with teens because they come in colorful packages with flavor choices.

The smoking of electronic vapor cigarettes (“e-cigarettes”) has recently become popular among teens as well.   Some teens thinks that e-cigarettes are harmless.  While E-cigarettes allow people to avoid some of the harmful constituents found in tobacco smoke, these cigarettes still deliver nicotine, and so cannot be considered harmless.

Is Nicotine the Only Harmful Part of Tobacco?

No. Nicotine is only one of more than 4,000 chemicals (many of which are poisonous), found in the smoke from tobacco products. Smokeless tobacco products also contain many toxins, as well as high levels of nicotine.

Many of these other ingredients are things we would never consider putting in our bodies, like tar, carbon monoxide, acetaldehyde, and nitrosamines. Tar causes lung cancer, emphysema, and bronchial diseases. Carbon monoxide causes heart problems, which is one reason why smokers are at high risk for heart disease.

Yes.  Nicotine is so addictive that many teens do get addicted.  While most teens do not try tobacco for the first time with the intent of getting addicted, it is so easy to get addicted that 70%  of teenage smokers wish they’d never taken up the habit in the first place.

What Are the Common Street Names?

You might hear cigarettes referred to as “smokes,” “cigs,” or “butts.” Smokeless tobacco is often called “chew,” “dip,” “spit tobacco,” “snus,” or “snuff.” People may refer to hookah smoking as “narghile,” “argileh,” “shisha,” “hubble-bubble,” or “goza.”

How Many Teens Use It?

Use of electronic vapor products (such as e-cigarettes, hookahs, etc) is also increasing. According to the survey, current use of smokeless tobacco among 9th-graders was 9.5 percent and 11.4 percent for 11th-graders. Among 12th-graders, 18.3 percent reported using smokeless tobacco in the last month. (1)

How Does Tobacco Affect Your Athletic Performance? (2)

How Much Do Cigarettes Cost?

One pack of cigarettes cost at least $5 but can cost up to $13 per pack (based on where you live and the brand you buy). If you smoke a pack per day, even at the lowest cost (5 dollars) multiplied by the days in a year (365), the yearly cost for cigarettes is $1,825.

Consider all the money that could be spent on CDs, clothes, computer games, and movies if you didn’t smoke cigarettes!

What Myths about Tobacco Exist?

There are many common myths about tobacco.  View the video from below from the CDC, which discusses the 7 myths that are commonly associated with smoking .

The videos can be seen at:

Secondhand smoke (also known as environmental tobacco smoke) is the smoke a smoker breathes out and that comes from the tip of burning cigarettes, pipes, and cigars.  Secondhand smoke is almost as harmful as smoking.  Each year, secondhand smoke causes about 3,000 deaths from lung cancer and tens of thousands of deaths from heart disease to nonsmoking adults in the United States. 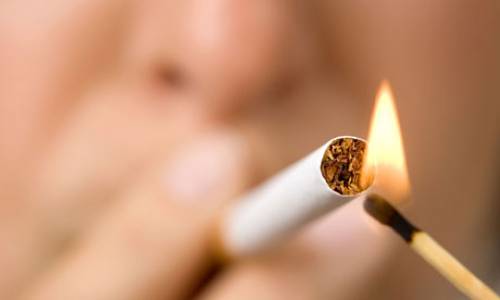 Know the truth. Despite all the tobacco use on TV and in movies, music videos, billboards and magazines-most teens, adults, and athletes ARE NOT using tobacco.

For reasons to not start smoking refer to:

Need Help? What If you Think You are Addicted to Tobacco?

Below is a “Hooked on Nicotine” checklist. One “yes,” means you may be addicted to cigarettes. The more yes answers, the more dependent you are.

What If I am Addicted and Want to Quit?

If you’re already addicted, there’s help available to you. You can successfully quit smoking with help and support. Get support from family and friends.  Just ask your doctor for help finding a program to stop smoking.or call 1-800-QUIT-NOW (800/784-8669). 1-800-QUIT NOW is a national toll-free telephone counseling resource.

Disclaimer: All health information on Girlsmarts.org is for informational purposes only. The Content is not intended to be a substitute for the advice of a trusted adult/guardian or professional medical advice, diagnosis, or treatment. Never disregard parental or professional medical advice or delay in seeking these because of something you have read on the Girlsmarts.org website. If you think you may have a medical emergency, call a trusted adult and your doctor or 911 immediately.