Alcohol is by far the most widely used drug in the United States. Four out of 5 people over the age of twelve have tried it, and this is two and a half times more than the number who have experimented with marijuana.  Alcohol contributes to 100,000 deaths/year, including nearly 2 out of 5 traffic deaths. (1)

Not So Fun Facts 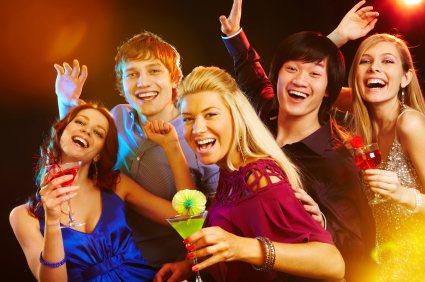 Why Is Alcohol Bad For Me?

Alcohol slows down your body by affecting the brain and central nervous system. It can make users loosen up, relax, and feel more comfortable, or can make them more aggressive.  The more you drink, the more it slows your body’s response to your brain. This affects thinking, talking, seeing, walking, driving, and doing day-to-day tasks. While alcohol can be used responsibly in persons older than 21, and when used in minimal quantities, it is especially dangerous to teens.  Since the teenage brain is still growing and developing, it is more easily damaged by large amounts of alcohol.  Binge drinking (the consumption of an excessive amount of alcohol in a short period of time) is a perfect way to destroy developing brain cells.

The top three causes of death among persons 15 to 24 years of age are accidents, homicide, and suicide, each of which involves alcohol 20 to 40% of the time. (3)  Other risky behaviors associated with alcohol use include increased sexual activity, increased illicit drug use, more likely to be in a fight after drinking, academic problems (such as lower grades, absenteeism and high dropout rates), and increased traffic accidents.

How does alcohol affect a person?

Alcohol affects every organ in the body. It is a central nervous system depressant that is metabolized in the liver by enzymes; however, the liver can only metabolize a small amount of alcohol at a time, leaving the excess alcohol to circulate throughout the body. This excess alcohol is rapidly absorbed through the stomach and small intestine into the bloodstream.The intensity of the effect of alcohol on the body is directly related to the amount consumed.

Why do some people react differently to alcohol than others?

Individual reactions to alcohol vary, and are influenced by many factors including:

What is a standard drink in the United States?

Mixed drinks may have more alcohol.

*It is commonly thought that wine or wine coolers have less alcohol than a beer.  This is not true.  Each of these has the same amount of alcohol.

Is it safe to drink alcohol and drive?

No. Alcohol use slows reaction time and impairs judgment and coordination, which are all skills needed to drive a car safely.(3) The more alcohol consumed, the greater the impairment.

What does it mean to be above the legal limit for drinking?

What are the types of Alcoholism?

Binge drinking is defined as 3 or more drinks in a row, while alcohol abuse is drinking too often or too much even though there are negative consequences.  Alcoholism is another level up and is associated with dependency.

It is important to remember that it isn’t just confirmed alcoholics who suffer repercussions of alcohol use. A single episode of reckless drinking can end in tragedy, as when a teen gets behind the steering wheel of a car while under the influence, or when an intoxicated young woman accepts an acquaintance’s sexual advances. (1)

Here are some of the more common issues binge drinkers face:

Alcohol abuse is the first step towards alcoholism and it is probably the biggest problem that results from teen drinking. Alcohol abuse usually refers to repeated drinking with bad consequences, but it can also relate to one time incidents (like when a teen drinks and drives just once and ends up crashing). Here are the most common symptoms of alcohol abuse: (4)

Alcoholism is quite different from alcohol abuse. It’s another level up and is associated with dependency. The alcoholic cannot function properly (or so they believe) without a constant supply of alcohol. Below are some of the common signs of alcoholism:

Tips to Avoid Drinking and Driving

It is always best to avoid any underage drinking.  If you do choose to have an alcoholic beverage:

Need Help? What to Do if You Think you are an Alcoholic 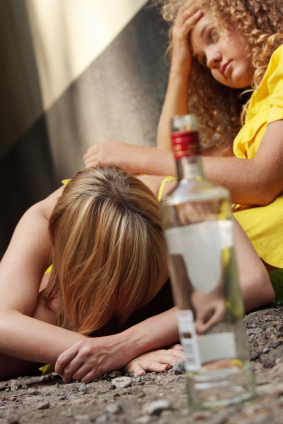 How do I know if I have a drinking problem?

Drinking is a problem if it causes trouble in your relationships, in school, in social activities, or in how you think and feel. If you are concerned that either you or someone in your family might have a drinking problem, consult your personal health care provider.

Answering the following four questions can help you find out if you or a loved one has a drinking problem:

One “yes” answer suggests a possible alcohol problem. More than one “yes” answer means it is highly likely that a problem exists. If you think that you or someone you know might have an alcohol problem, it is important to talk to a guardian and see a healthcare provider right away. They can help you determine if a drinking problem exists and help you plan the best course of action.

There are many national and local resources that can also help. The National Drug and Alcohol Treatment Referral Routing Service provides a toll-free telephone number, 1-800-662-HELP (4357),  and offers various resource information. Through this service you can speak directly to a representative concerning substance abuse treatment, request printed material on alcohol or other drugs, or obtain local substance abuse treatment referral information in your State.

Many people also find support groups a helpful aid to recovery. The following list includes a variety of resources:

Disclaimer: All health information on Girlsmarts.org is for informational purposes only. The Content is not intended to be a substitute for the advice of a trusted adult/guardian or professional medical advice, diagnosis, or treatment. Never disregard parental or professional medical advice or delay in seeking these because of something you have read on the Girlsmarts.org website. If you think you may have a medical emergency, call a trusted adult and your doctor or 911 immediately.