The pressure to use drugs is out there for our teens. As parents, we need to try to prepare our kids to refuse offers of alcohol and other drugs, preferably without alienating their peers.

Some parents may feel that their teen’s alcohol use is ok because it isn’t a harder drug like crack, or heroine. However, it should be noted that alcohol kills five times more teenagers than all other drugs combined (usually through accidents). Young people who use alcohol or tobacco regularly are also more likely to try illegal drugs  (when compared to those who do not use alcohol or tobacco). It also is important for parents to be responsible and set an example if alcohol is used in front of teens.

Teach your children to say no when offered alcohol or drugs and to be firm about it, as substance abusers tend to view converting the “straight” kid as an irresistible challenge. Role play a potential situation with them as seen in the Girlsmarts case and then discuss with them possible answers to the difficult questions that may ensue between your teen and a drug abuser.

Marijuana is the most commonly used illicit drug among youth in the United States (35.6% of high school students). (1)   Further, while illicit drug use has declined among youth, rates of non-medical use of prescription and over-the-counter (OTC) medication remain high. Prescription medications most commonly abused by youth include pain relievers, tranquilizers, stimulants, and depressants. Teens also misuse OTC cough and cold medications, containing the cough suppressant dextromethorphan (DXM), to get high. Prescription and OTC medications are widely available, free or inexpensive, and falsely believed to be safer than illicit drugs. For the most recent trends of illicit drugs, according to the YRBSS study conducted by the Center for Disease Control, please refer to:

Parents can and should model responsible use of prescription and nonprescription medications (take only when needed, only as directed, and only as long as needed).

Teen substance abuse effects the whole family unit as drug abusing teens become more hostile, and their decision-making becomes greatly impaired. Teens using drugs or alcohol find that their familial relationships greatly suffer. They set bad examples and create much more hostility to the family as a whole. Teen drug abuse shouldn’t be tolerated by parents and appropriate help for their teens should be made. 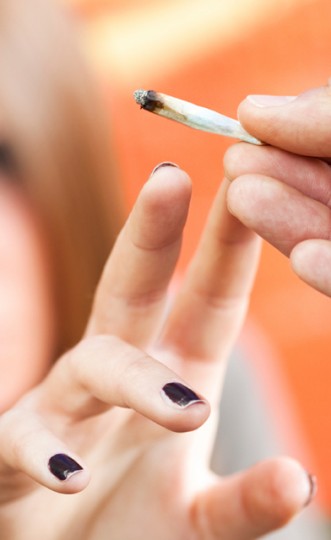 Ways to Help Prevent Your Teen from Drug Use